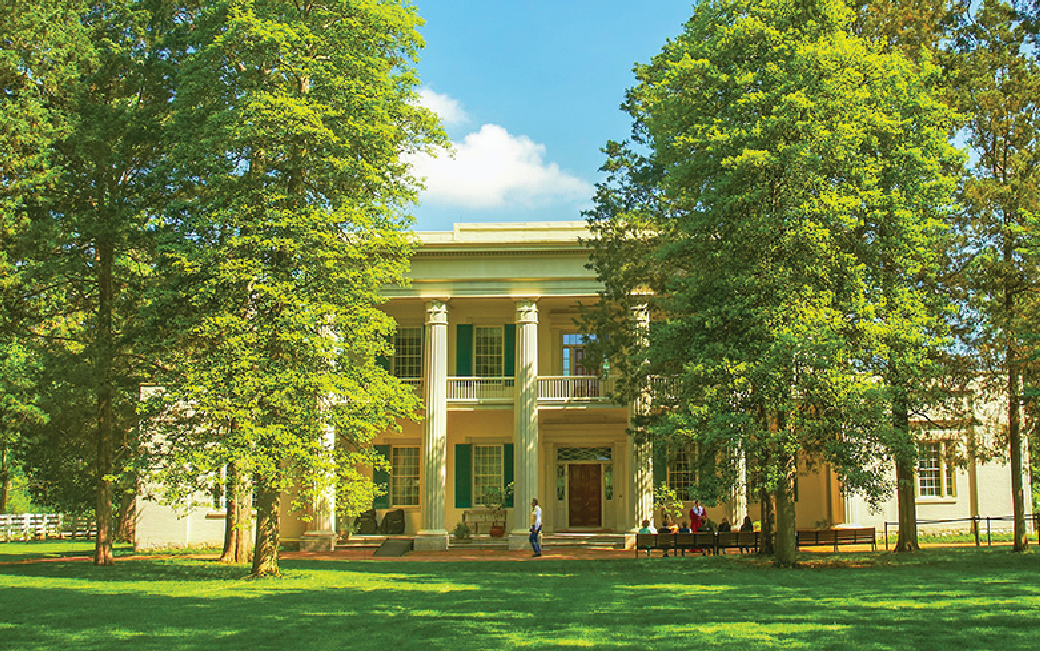 This Nashville suburb has a lot of history and character unique to Middle Tennessee. To start it is named for its main landmark, the 1,100-acre plantation where President Andrew Jackson lived from 1804-1845. Although the area is incorporated as part of the Metropolitan Government of Nashville and Davidson County, it maintains its own identity as a residential and commercial suburban area.

The Hermitage is having its Black History Month Memorial programing. This Saturday in particular is the annual commemoration of those once enslaved at The Hermitage and throughout the country. See below for details:

“Join Andrew Jackson’s Hermitage for our annual commemoration of those once enslaved at The Hermitage and throughout the country. Held at The Hermitage Church, the memorial will feature music and special remarks from Dr. Naima Johnston-Bush, followed by a procession to the slavery memorial “Follow the Drinking Gourd” located behind the church.

Join Dr. Johnston-Bush on a musical adventure that explores the Negro spiritual as a historical American art form. Dr. Johnston-Bush will share the stories behind the spirituals, little known facts and a dynamic voice that brings each song alive! Tracing the history of this powerful musical expression of faith, Dr. Johnston-Bush leads her participants from the 1600s to the present, illustrating the impact and influence of African American Spiritual Music in all musical genres today.

At the conclusion of the program, guests will proceed to the “Follow the Drinking Gourd” slavery memorial located next to the church. There, 150 flowers will be laid by guests, marked with the names of those enslaved at The Hermitage.”

Nadeen’s features “Elevated American Classics with Hometown Love.” not to mention poutine! The kitchen sources their ingredients locally to make “made from scratch” dishes that invoke that cozy, homey, country kitchen vibe. Opening in 2017 this restaurant has been the talk of the town ever since and has a romantic love story that sparked it all. “Nadeen and John met in the 5th grade in Pennsylvania and became close friends. Nadeen moved in the 9th grade and they lost touch with each other.

As fate would have it, John came through Nashville seventeen years later on a cross-country BBQ tour. They reunited in January 2011. Sparks flew, First came love, then came marriage, then came the baby in the baby carriage. Nadeen’s dream has always been to own a diner and John was set on opening a restaurant in Nashville, and so Nadeen’s Hermitage Haven was born.”

Next on the Hermitage food tour is Papa Turney’s BBQ is a southern-style BBQ at its best! Give your taste buds some love with freshly smoked treats at this family-owned restaurant that offers a variety of smoked and grilled meats including chicken, pork, beef, turkey, and catfish. Embracing southern heritage doesn’t stop with the food that is served for the belly, it can also be found in the music that is played for the soul.

Finally, if you don’t fall into a food coma after brunch you can jump all those delicious calories off at Altitude Trampoline Park! Check out the History of Trampolines here.